While Banya No.1 opened as recently as 2012, the story of Russian bath houses in London goes back much further.

It all began in Odessa in the 1820s during the Russian Empire. This is when the first anti-Jewish pogroms (targeted anti-Jewish riots) occurred. The reason for these violent attacks was that there had been rumours that Jews were involved in the murder of the Greek Orthodox patriarch Gregory V.

In later years, the trade competition between the Greeks and the Jews led to even more pogroms. Hundreds of Jewish shreds, shops and houses were destroyed. Russian Jews were forced to emigrate from the Russian Empire and many of them decided to travel to London where they could live peacefully and prosper. By 1880, approximately 46,000 Russian Jews had arrived in London and by the 1900s this number had trebled. 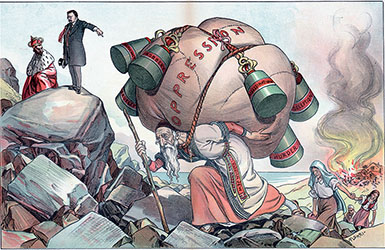 Like any other immigrants, these Russian Jews lived close to one another, sharing their culture and creating a community. They gradually opened synagogues, kosher food shops and … Russian bath houses! In fact, the Russian banya was a huge part of their culture. Traditionally, Jewish people would visit these baths on a Friday before going to the synagogue and commencing their observance of the Sabbath. This is why Russian Jews just cannot imagine life without the banya.

The archives reveal that in 1888 there were five exclusive Russian bath houses in London. One of the most famous was directly opposite the synagogue at 86 Brick Lane and was called ‘Schevzik’s Russian Vapour Baths’. The advertising sign said: ‘Keep Fit & Well by Regular Visits to the Real Russian Vapour Baths. Best Massage in London.’ 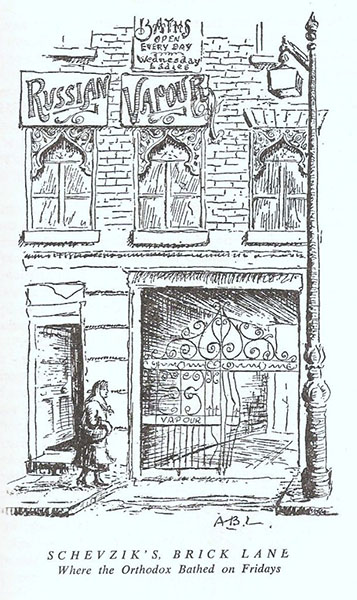 Unfortunately, all of these banyas were destroyed during World War 2. In fact, although Schevzik’s Russian Vapour Baths survived the War, they had to close after a fire in 1944. Therefore, there were no longer any Russian banyas in London … that is, until 2012 when Banya No.1 opened!

Today Banya No.1 continues this incredible story offering the best of these age-old wellness traditions of Russian Banya in London.

Banya No.1 offers a selection of wellness and spa treatments, with strictly natural and organic ingredients prepared on the premises.

Book an appointment with us now at Hoxton or Chiswick.