The unique bathing tradition has been present within society since ancient times. Each nation had its own type of baths where people would go to freshen up, relax and recharge their batteries. However, the temperature of the water and air, the level of humidity and the bathing rituals varied from country to country. 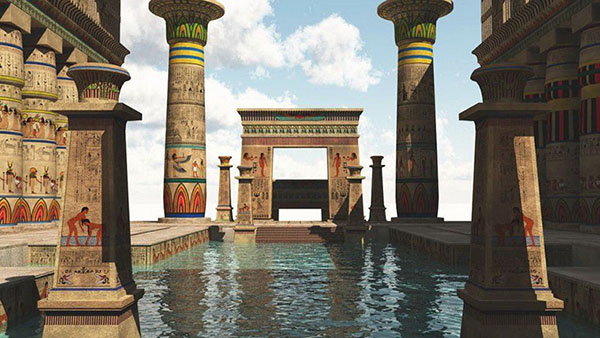 Egyptian baths were called a rasul, usually a two-storey building made of natural stone. The first floor was occupied by the heating system while the second floor was reserved for visitors. As steam was generated on the first floor, the stones on the upper level were warmed up, so guests would lie down for their therapeutic treatments. In addition, there was a hole in the middle of the floor through which steam was channelled to the room above. In a rasul bath, the temperature was low (up to 40°C) and the humidity level was around 80%. The second floor was equipped with a swimming pool for contrast bathing. In those days, beeswax was used instead of soap, and sand infused with oils was applied as a scrub. Interestingly, the rasul was well designed as the waste hot water was then piped to the homes of the city’s residents to provide heat.

Ancient baths in Greece were called the laconicum, which was made of hewn stones and built in a round shape as the Greeks believed that with this would allow the steam to spread evenly. In the middle of the laconicum was an open hearth made of stones. There was a hole in the roof that was covered with a brazen shield which could be moved lower or higher in order to regulate the temperature. Inside the laconicum were pools, showers and a separate room that was set at a higher temperature. All Greek baths had luxurious decorations. Very often, the laconicum was a part of a sports complex so gymnasts could recover after their strenuous exercise. At the end of the bathing ritual, the Greeks would go to the nearest building where they would participate in philosophical conversations. 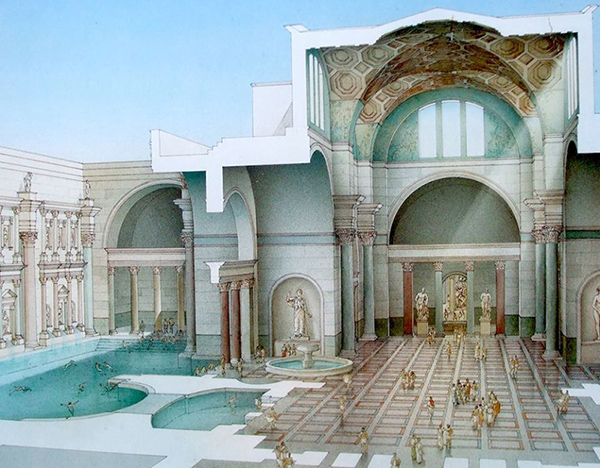 Roman baths, called thermae, were usually built near hot springs and the water for the baths was supplied through an aqueduct. Thermae were artistic masterpieces with a variety of decorations, colonnades, decorative mosaics, fountains, waterfalls, gardens and sculptures. Thermal baths were a way of life for Romans and their main source of entertainment, fun and joy where they would spend almost every day. As well as massage and steam rooms, the baths also housed theatres, libraries, restaurants, exercise grounds, and reading and conversation rooms. In order to avoid the danger of suddenly overheating, visitors gradually moved from one room to another warmer and steamier room. The temperature inside the hottest room was approximately 80°C and this was where the Romans would clean off the dirt by rubbing oil on their skin and then removing it with a curved metal scraper. Once the dirt had been removed, they would go for a contrast shower in a room that contained pools regulated at different temperatures. Eventually, they would move to the final room where they would relax and have their treatments and massages. 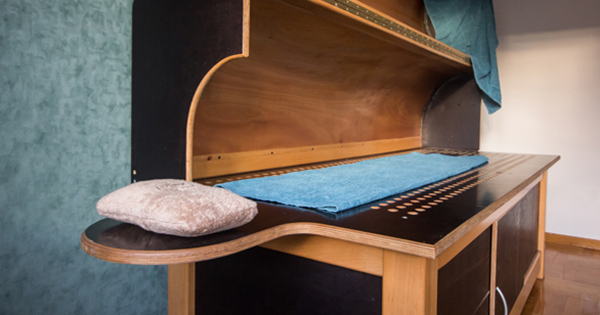 For Indians, the baths were a place where they could find harmony between body and soul,
and where they could revive and recreate themselves by opening their chakras. The bathing
ritual comprised several stages, each with the purpose of achieving complete tranquillity
through massage, relaxing melodies, mantras and the scents of oils. The Indians would begin
by washing their feet in warm water infused with essential oils and herbs. Foot massage was
an essential part of the ritual. Then, they would cover their body with oils, and a special
mixture made from a number of medicinal plants was rubbed into the skin. The next stage
involved the swedana, a wooden barrel designed for just one person. In order to avoid
overheating, they would sit inside the barrel but with their head remaining outside. At the
bottom of the barrel, warm stones were constantly heated and water was infused with
herbs, which had the effect of generating lots of herbal steam that enveloped the body.
People would usually remain in the steam barrel for around 20 minutes. Then, their entire
body would be massaged with medicinal and aromatic oils. The final ritual involved relaxing
their minds and calming their thoughts. This was achieved by pouring warm sesame oil onto
the forehead in the area of the third eye. Traditional Indian bathing often ended with tea
drinking. 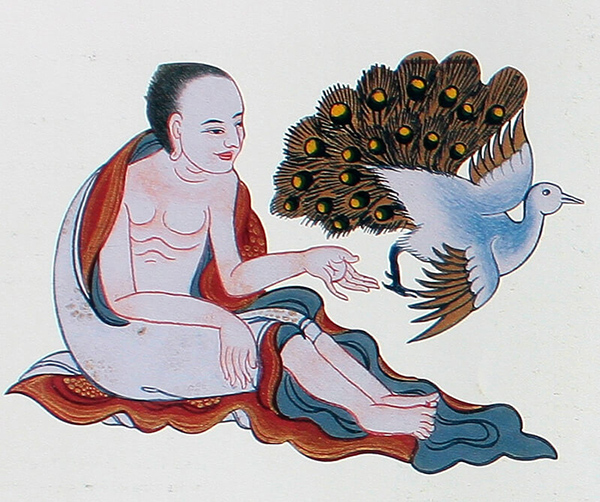 Tibetan bathing had no cleansing or recreational purposes; it was simply used to promote
healing and improve people’s health. A Tibetan bath resembled a shallow hole in the ground
where birch firewood and animal bones were burnt. Wet branches of cedar, pine or spruce
were placed on the hot ashes, and Tibetans would lie on top of this construction covered
with a warm blanket. The ritual ended when it was no longer possible to endure the heat.
After bathing, the body would be rubbed with aromatic oils and medicinal ointments. 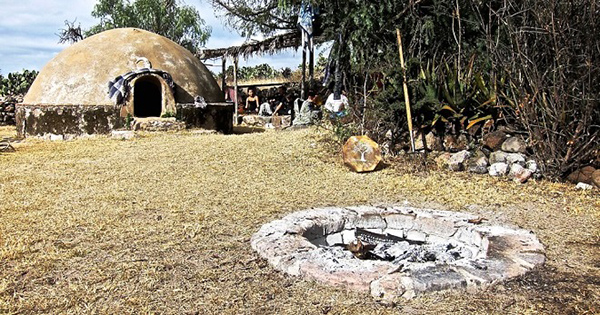 The Aztec and Mayan bathing ritual took place inside small igloo-shaped huts, called
temazcal, that were made of stones, wood, mud, sticks or blankets. The aim was to purify
soldiers going to war or people getting married, and to cure illness. The ritual involved
volcanic rocks being heated in a fire outside the temazcal and then being brought into the
middle of the hut. As the bathing ceremony usually lasted two hours, hot rocks were
continually being brought inside to keep the space hot. Each ceremony was guided by a
healer or a shaman who would pour water infused with medicinal herbs over the hot rock to
generate steam. The shaman would lead all the participants through a session of chanting,
songs, thanksgivings and prays for particular wishes and needs. At the end of the ceremony,
they would all be dipped into a cool pool or rinsed with cold water to lower their body
temperature.